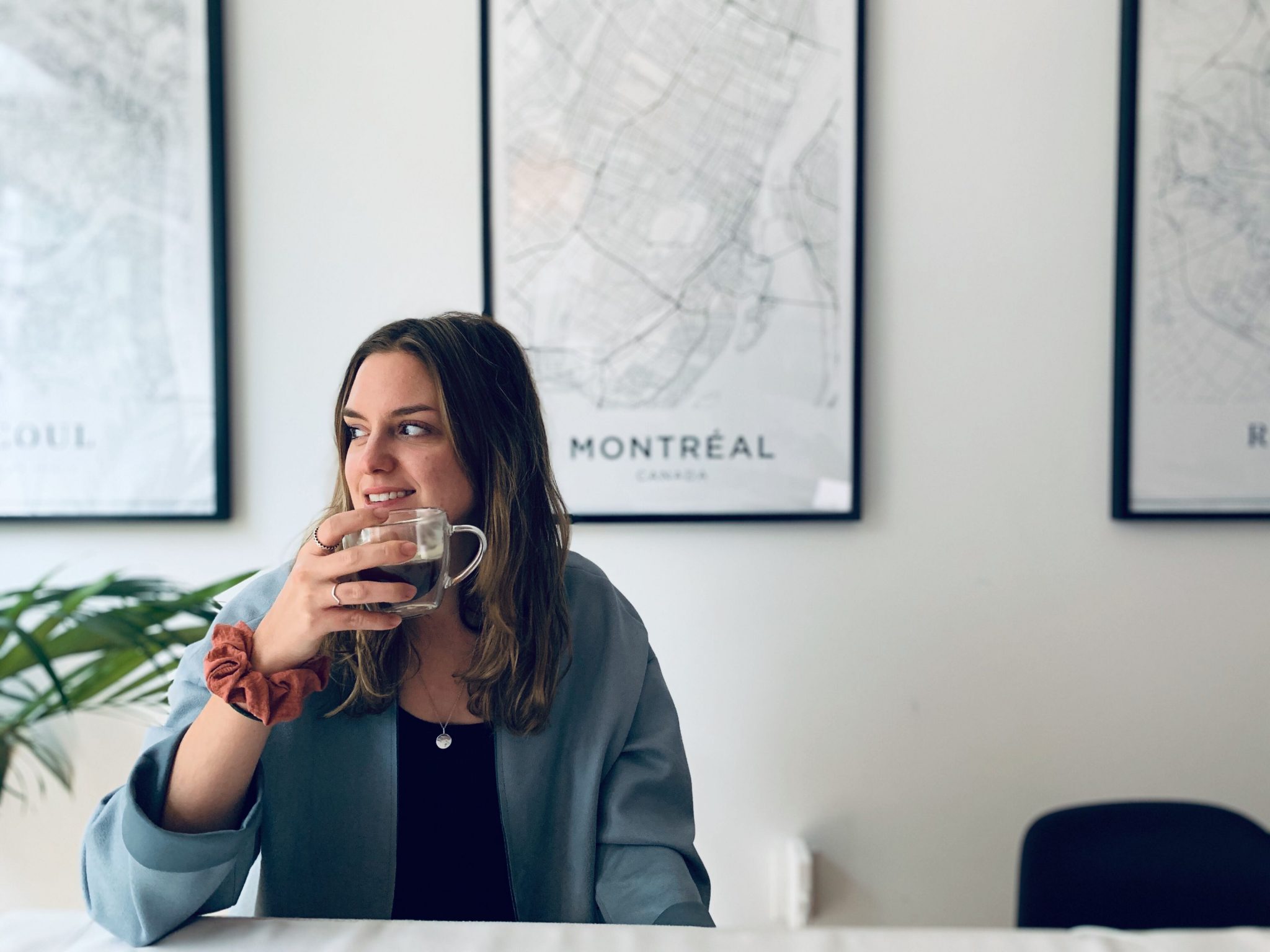 A story of how self-belief, courage, and passion lead to success.

Marie-Philipe Boucher is a UX designer hailing from Montreal. Living proof that a career change can be a wonderful thing, she currently works for National Bank of Canada, after digging deep to unleash her creativity. Here, she talks to URelles about taking a leap of faith to turn her passions into a career.

Like many of us starting out in the world of tech, Marie-Philipe Boucher’s first foray into her current profession was anything but smooth sailing. «One of my mentors told me “I don’t see you going with a career in this”. It was harsh», she says, of the first time she dipped her toes into professional design. She had always been a creative person, but like too many young girls, Marie-Philipe didn’t see tech as a career option at all. She cycled through an array of potential dream jobs; teacher, optometrist, even architect, but technology – in any capacity – didn’t enter her life until much later.

Marie-Philipe was a teenager before the Internet arrived at home. «I remember making my own webpage and adding background music, animations, music videos, and those sparkly little stickers. You could have your own personal space online.» A 13 year olds dream – an online journal for your thoughts and feelings, somewhere you could express yourself and escape the monotony of tween life. You could be whoever you wanted online, and you could have fun with it too. With the growth in popularity of home computers throughout the early 2000s, the effect of technology became more apparent.

«Typing your homework on a computer, you start to imagine how people used to cope when they didn’t have things like that. But I never imagined that one day I would be creating these types of tools that would help people.» – Marie-Philipe

Despite showing a strong interest in the creative arts, Marie-Philipe took her father’s advice when making decisions about higher education. After considering a career in graphic design, her Dad cautioned her of financial instability and persuaded her to take a more practical route. This was 2009, and the tech sector was still relatively foreign to most people. He suggested marketing, and under the promise of being able to be both creative and financially stable, she went for it. As it turns out, your parents are right when they tell you they know best. Marie-Philipe thrived in her programme at Concordia University and after graduating, stepped straight into a job with international sporting brand Oakley, which would launch her career.

Over the course of a few short years, she rose from student intern to brand manager. The culture at Oakley mirrored that of a startup. Employees were very hands-on in all aspects of the business. If something needed to be done outside of your department, you’d do it yourself. There was a strong sense of family, and everyone in the Montreal office knew each other, despite it being a large, multinational brand. On top of this, the work environment was very transparent which allowed employees the satisfaction of seeing all the different aspects of their work coming to life.

Time for a change

However, after almost 4 years working with Oakley in Montreal, Marie-Philipe knew that it was time for a change. Having been with the brand since graduation, she needed a new challenge – a new adventure. But then, they offered her an opportunity she couldn’t turn down – a position in their South Korea office, working in the hustle and bustle of downtown Seoul. So, she packed her life up, with the intention of never returning to that same Montreal office.

Whether working for a western brand or not, life in a Korean run office is far from a walk in the park. Marie-Philipe was the only foreigner, and the only one not accustomed to, nor willing to submit to, the hierarchical culture of a Korean work environment. She felt out of place. She wanted to change things, to teach them how to do it better – but they weren’t looking for change and as an outsider, it wasn’t her place. Despite the challenges of her current position, she stuck it out for almost two years before deciding that enough was enough. After being consistently undermined and overworked by her boss, Marie-Philipe knew it was time to try something a little different. After everything she had learnt over the past few years, she had outgrown her comfort zone and needed something more, but she wanted to have some idea of where she wanted to go before heading home.

The lack of value placed on self-expression and imagination in Korea had left MP feeling ferociously more creative than before, when a friend recommended Design Lab – an online school offering courses in different aspects of design. Completing an online design course allowed Marie-Philipe to dip her toes into the industry which had fascinated her younger self. «It was really reality checking» she says of the 4 week programme. «It was hard, because I was super bad at it». Having spent the first 5 years of her professional life working in marketing, she was comfortable in her current job and she was good at it. Now, this 180 degree turn lead her to googling specific design terms, and searching for YouTube tutorials to teach her how to use software – but this struggle is exactly what made her keep going.

«Looking back now, all my designs were so bad. But that’s what pushed me to continue. I wanted to get better because I knew that I could do it, I just didn’t know how»

Having had a taste of what she had dreamed about, she quit her job in Seoul and headed straight towards her new goal – attending a bootcamp in Vancouver. The lack of experience required for a bootcamp course, coupled with the speed of success, and the promise of a challenge spurred her on. Free from responsibilities, it was time to try something new. She had nothing to lose.

Like most people’s bootcamp experiences, Marie-Philipe’s 3 month stint at Red Academy in the spring of 2017 was nothing short of a challenge. The 12 hour days, the tidal wave of new information, the constant headaches. But despite that, the atmosphere of the programme and the determination of the other students was inspiring. «Everyone was going through a career change. We put our lives aside for 12 weeks and we were going to learn something new, we were going to be amazing, and life was going to go on in this direction. There’s no more looking back.» It was courageous, camaradic, and motivating. «Every week, I thought I couldn’t do it», she says of her self-doubt. Nevertheless, there was no time to plan a different route, and before she knew it she was back in Montreal job hunting in an entirely new sector.

Although now, newly graduated with years of professional experience under her belt, it definitely wasn’t easy to find a job. Even Montreal, with it’s ever-growing number of tech startups and low levels of unemployment, often isn’t kind to a fresh faced job seeker. After about 2 months of searching, Marie-Philipe secured a position, albeit not in design.

There had been a lot of interest and many interviews but ultimately, the feedback had all been the same – lack of experience. «Maybe people were just too nice to say that my designs weren’t good – I don’t know. But I got that a lot». The industry was also different a few years ago to how it is today. «Companies were not ready to hire full time designers – they only needed them for short term projects. So I interviewed with a lot of agencies but I wasn’t cut out for it, my experience had always been as the client». Marie-Philipe ended up back in her comfort zone working a 3 month marketing contract for retail company Aldo. Far from taking a step back though, she continued to bolster her design work with freelance projects and finally, took a step in the right direction when Aldo offered her a role as an Experience Design Manager. Designing the customer experience wasn’t exactly where she wanted to be, but it was closer than she had been before.

Finally, over a year after graduating, Marie-Philipe finally had a breakthrough and landed her first job as a UI/UX Designer for Air Canada. From there, she moved on to her current position with National Bank of Canada. Since getting that break over a year ago, it is still an uphill struggle. Nothing about a career change is easy. Bootcamp is not a quick fix. The real work comes after – when you’re on the front line, dealing with the imposter syndrome and the creative criticism. Has the career change been a positive one? «Yes», she answers with certainty. «I just keep growing – the industry is still evolving so I evolve with it. We’re leading the way. Now I am at the same level as I used to be in marketing, but I know more. I know more about what’s out there – not just professionally but personally too. Now I understand that creativity is not just in the designs that you draw up. It’s about the different aspects that you, as an individual, bring to the table.» 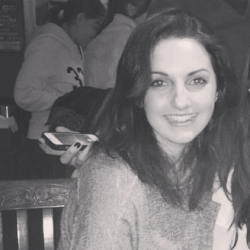 Originally from the UK, Hannah is a full stack web developer in Montreal, QC. A bootcamp grad and appreciator of fluffy things, you can find her at a bar in the Plateau - probably taking a boomerang of a nice glass of Malbec.